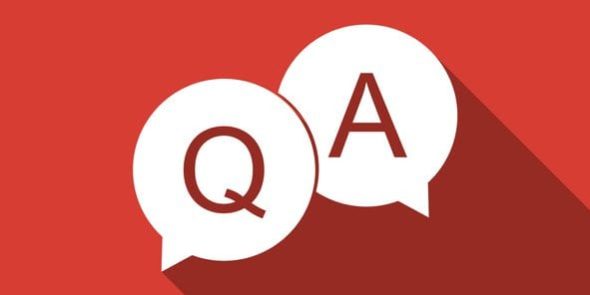 Along with new daily routines that include social distancing and personal protective equipment, such as masks and gloves, the COVID-19 pandemic has also presented a new challenge for both business owners and individuals when it comes to retirement finances, navigating new loan programs, such as the Paycheck Protection Program (PPP) and insurance coverage.

“We’re accustomed to exiting disasters. A hurricane hits, a fire burns, there’s a definite end to the disaster and then there’s what I call the exit and reconciliation, which is the rebuilding phase. You don’t have to rebuild your house while the hurricane is still hitting you and that’s what’s different about this,” said David Paddison, president of Savannah’s Sterling Seacrest Partners Inc., a privately held insurance brokerage and employee-benefits consulting firm.

“You’ve always heard about black swan events; this is clearly a black swan event and the wings are still flapping. It makes all of these questions about risk management and interruption and economic loss really complicated because we still don’t know when this thing is going to end.”

While the stock markets have shifted dramatically over the past few months, Rick Wright, co-author of Abundant Retirement and owner of Coastal Tax Centers LLC, is optimistic that the country will recover faster than some others.

“There’s going to be a brand new global order economically and it’s going to be brand new for my lifetime. I’m not talking about something that happened 20 years ago and it’s coming back,” Wright said.

“The U.S. is going to prosper out of this, it’s just a matter of time. The large majority of the international countries from China to Africa to (European countries) will suffer for a number of different reasons.”

Recently Paddison and Wright spoke to the Savannah Morning News to answer some questions surrounding changes the pandemic has brought to the world of insurance, PPP funding and personal finances.

Question: I didn’t have business interruption insurance before the pandemic, should I look at adding it to my policy now? Will it cover things like this in the future?

Paddison: “Business interruption is like a disability policy for your business and depending on your circumstances can be a very important cornerstone of a comprehensive risk management program, but it’s one of the most complicated coverages to understand and to purchase.

“It’s not a one-size-fits-all. You buy a car and you get car insurance, even though there’s some variability there, you crash the car, they pay for the car. In business interruption every industry has very different exposures to interruption.

“We have seen very, very limited instances where there is specific coverage that has been negotiated for and paid for a pandemic.”

Question: Will a business income policy or business interruption insurance protect my business if I was forced to close or made the decision to close on my own?

Paddison: “Business interruption is not a plain vanilla contract and it varies by insurance company, by industry, by state and so it depends on what you purchased. In most cases the pandemic is considered to be not a trigger by the insurance industry, but since it’s something that no one understood or expected, it’s being debated by the legislature and the courts, and so we don’t really know where it’s going to end up. Our advice to our clients is, if you think you’ve suffered a loss and it’s potentially covered under your policy, let’s go ahead and file a claim and see how the situation evolves, because ultimately it’s going to be up to the states and the legislature and the regulators to figure out how this thing winds up.

“The traditional business interruption scenario is where you’ve suffered physical damage to the premises where you’ve had a fire, tornado or a hurricane, but there are as I mentioned before there are very specific ways you can tailor your coverage to pick up additional sources of interruption.”

Question: I’ve reopened my business, what steps can I take to ensure employees and customers are safe and following protocols and limit my liability?

Paddison: “We’ve got customers all over the country and every state is different, so the first thing we’re advising people to do is follow their state health department guidelines, the second thing they need to do is follow the (Centers for Disease Control and Prevention) guidelines, and the third piece since it’s involving employees is there’s also Occupational Safety and Health Administration workplace guidelines related to this. You’ve got your state, federal and workplace guidelines that need to be followed. Those are evolving as we learn more about the virus.”

Question: A customer or employee claims that they contracted the virus at my place of business. Am I liable?

Paddison: “The liability is going to be determined by the court of law, but the coverage by a lawsuit related to that in a general liability sense, is you’re going to have coverage to defend you and then it’s going to be up to the plaintiff to prove that your business practices or negligence led to their infection. Whether you become liable for that infection or not is really tricky because it’s hard to pinpoint with this particular disease where you got it. We anticipate there is going to be litigation related to it and that is absolutely something everybody needs to meet with their insurance adviser and talk about their protocols and how does this affect my coverage and then go from there.”

Question: I’m a business owner who received PPP funding, but I don’t feel it’s safe to reopen yet. What should I know about the guidelines surrounding the eight-week repayment requirements?

Wright: “The government program was very clearly designed and very clearly communicated and terribly poorly executed for a couple of reasons and one of which we haven’t talked about much. If you put up a sign and say, ‘free money,’ you can pretty well assure yourself you’re going to get a long line of people. The person who applied for PPP, knowing what the rules were and now not feeling like they’re reopening, they’ve got two choices, they can hope that there’ll be some modifications and there is some discussions on restaurants, because restaurants are in a unique situation in that they were closed by the government.

Question: What should I do if I’m having trouble paying my rent or mortgage? Is there any assistance available?

Wright: “In the commercial leasing space, landlords typically, if asked, are giving one, two or three months forgiveness with the exchange that they’ll tack it onto the back end of your lease. So let’s say you have a retail store and you’ve got a five-year lease, the landlord will typically give you 90 days, so now you have a five-year and three-month lease or five-year and five-month lease, again we’re taking care of each other.

Wright: “We didn’t know this disease was coming at us, but we do know there’ll be disruptions. What the markets did, the markets have done before. They did it in the late ’80s, they did it in the ’90s, they did it when the planes flew through the buildings in 2001 and they were amazing in 2008, and that was the worst I’ve ever seen, and they did it again. What’s really remarkable to me is how far they’ve come back, but I don’t think that’s real because we’ve got rainy days ahead of us. We’re not going to have a second wave of COVID-19 because we’re not going to get through the first wave. We’ve social distanced, but we really haven’t compared to the rest of the world.”

Question: What are some tips for keeping my 401(k) on track in this economy?

Wright: “A lot of people subscribe to the theory that you should diversify a couple different ways, and one of the ways to diversify is inside the U.S. versus outside the U.S. I would argue that the things that make the United States the United States are going to bring us back much faster, and we’re going to leave the rest of the world in the dust. So evaluate whether or not you want to hold international stocks or not.

“The other part of this is we have trillions of dollars being issued in the forms of bonds, which the government is going to repay, but when bonds trade, government bonds trade one way, but every other bond trades in a similar fashion depending on interest rates, so the question is, do you really believe the bonds are worth what the bonds were worth when there’s $4 trillion that’s just been created? That’s a question I would be asking myself if I were a 401(k) investor.”

Founder/CEO of Coastal Tax Centers Rick Wright talks about a few moments that shaped his career and the importance of being a mission-driven company
March 10, 2021

Founder/CEO of Coastal Tax Centers Rick Wright talks about a few common mistakes people make when planning their retirement and how you can avoid them.
March 10, 2021